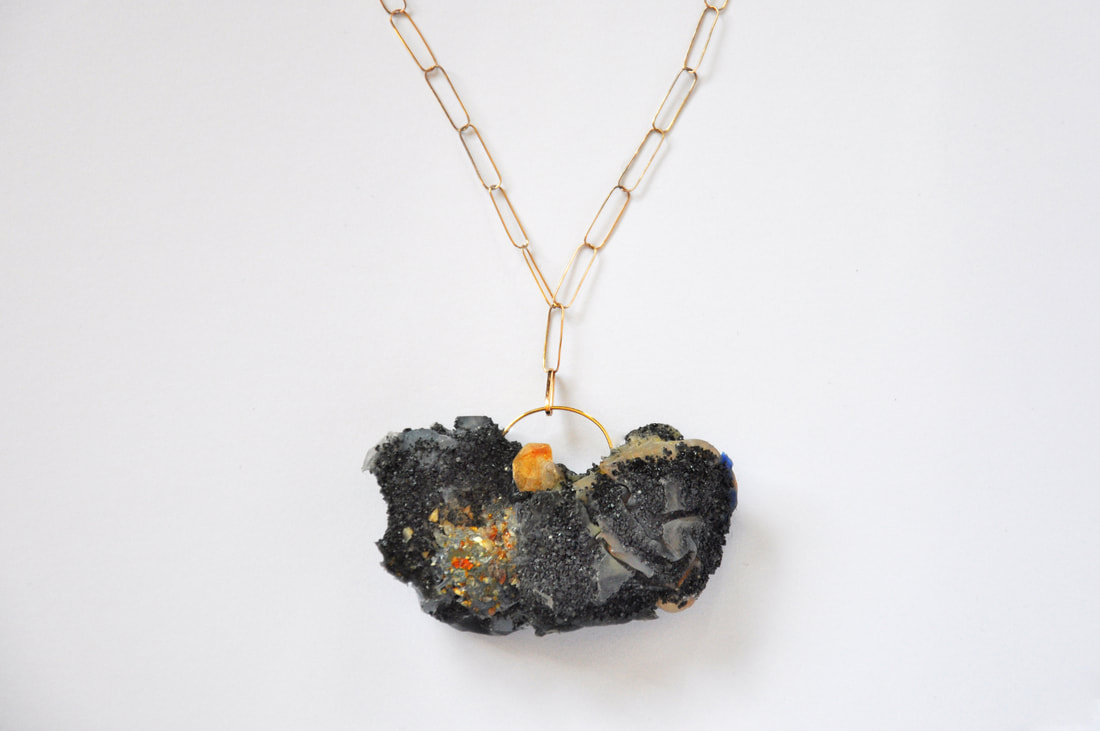 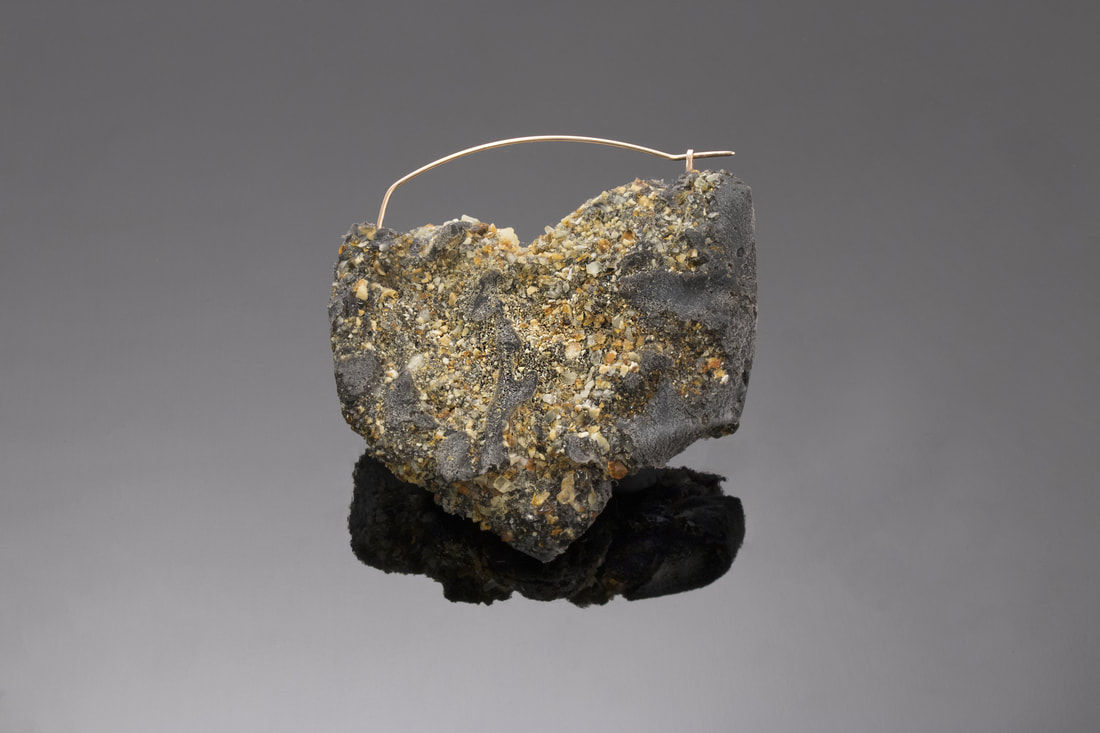 Frozen in Amber pieces are a lot about feeling of a moment in time. I was looking for materialization of this abstract matter. After a period of research, I came up with my own material that has two main compounds: polymer, that is light and transparent, just like 'a moment' and crushed amber, that creates an illusion of a solid stone. In the beginning of crafting each piece, material is hot and dynamic but in a while it turns still. Like a metaphor of a moment becoming a memory.
I used Baltic amber as I associate it with my homeland – Latvia and with the past. They’re fossils from around 44 million years ago but was also widely used during Soviet Union. I believe that amber could even be considered as a stereotype of this period. I aim to destroy this perception by crushing the stones and its accepted value, by using it in another context and stepping away from what I have seen so many times before. 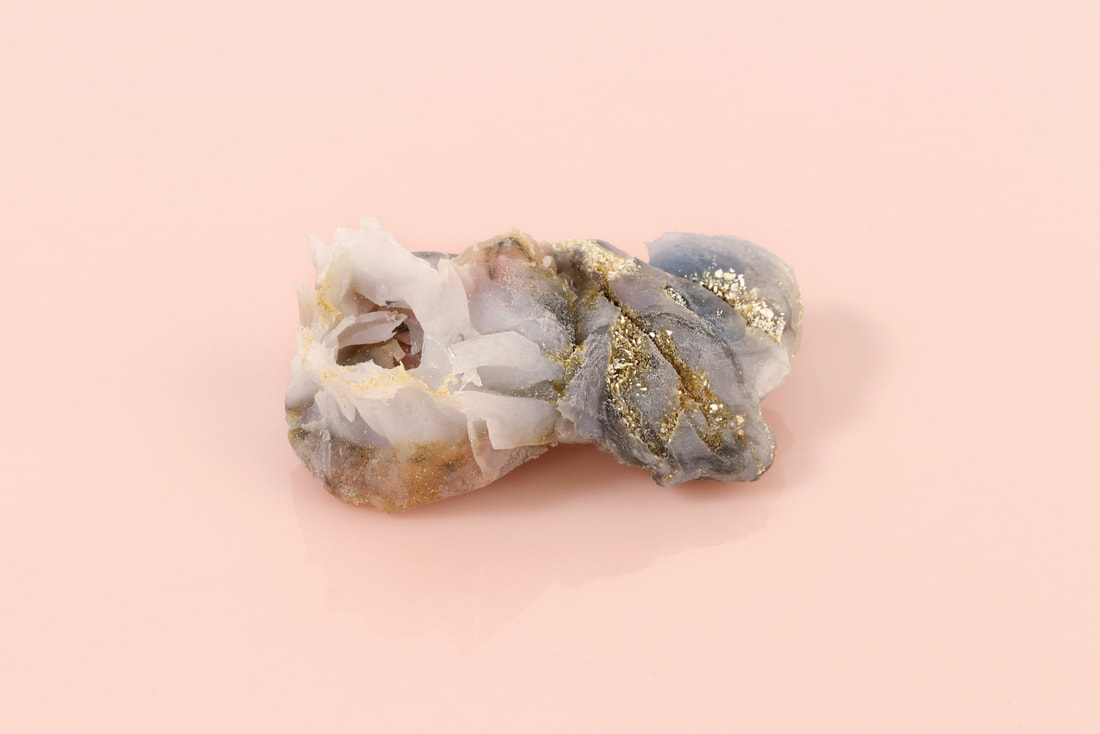 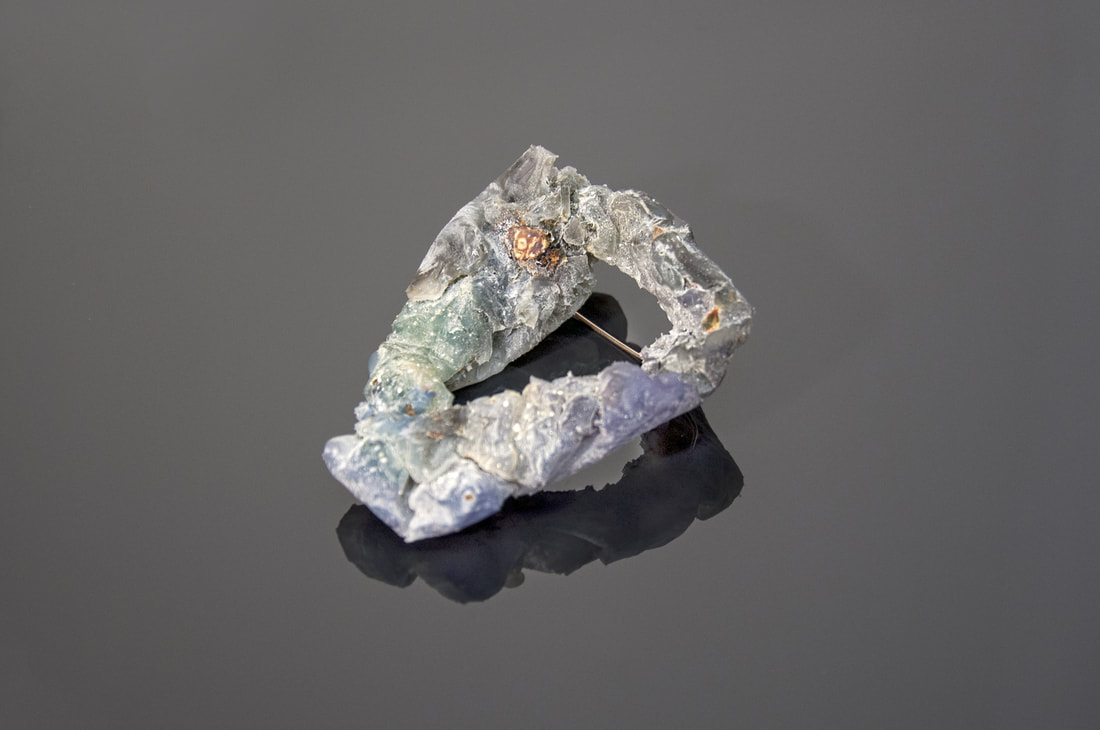